My favorite moment of the entire project was the day we performed in the festival, because when I look back I remember when my group would struggle so much just trying to start the poem. And the we end up performing amazing with so much energy and emphasize in our words. It sounded so professional. I remember the first time we started to practice our poem I was so scared and I would get so nervous to say my poem in front of everyone. But know I ended up being so excited to go stage and perform the best I can! I learned about myself that if I am connected with a topic I won’t be so engaged and have ideas for the poem. What I learned about my classmates is that we can’t judge somebody by how they act or how they look because we don’t know their past, their story, what they have been through.
The most difficult time in the project was starting our poems or agreeing with a topic we can all relate to in some way because I feel like everyone didn’t want to share anything personal and we feel like everyone didn’t want to share anything personal. We were so closed, I also think we had to get to know eachother better because we didn’t feel that comfortable. I tried to give many ideas to the group and be very open, we still didn’t feel comfortable enough, nothing was working. We later told our teacher to help us, we did an activity where we share our idea and we go off of that idea and not cut it off. Just add to it and I think it was getting better at that moment. Later we were able to go from an idea and do our own stories because they were so different yet went so good together. I learned that it is very hard for me to work in groups because I like doing my own thing, be in charge. I learned that it’s not that easy for other people either, and they struggled a lot too.
I think what I would change of this project would be the groups and just write our own poems or at least have the choice. I didn’t like how we each had an important role because sometimes whoever had a role wouldn’t do it. I almost did everything, instead of doing 1 role, I did like 3. The others who weren't doing their roles weren't doing anything just working on there part of the poem. I thought that was so unfair because I had to do extra things they had to do. I also think we should do poems each because I work best alone and it is so much easier because I am a bad explainer and when I have an idea it’s so hard to explain it and then my group doesn't understand and then we end up not doing it.

A Tiny Home is Where the HeART is Book 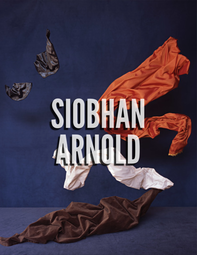 Pages
In the humanities side of The Tiny Home Project, we created a book. Each group was assigned to an artist we were going to write about. When meeting our artists for the first time we interviewed them. We prepared a lot before so we would make a good first impression for their trust and so it would be very professional. This included learning how to actively listen, good body language, asking open ended and follow up questions and much more. We recorded and transcribed the interview, and took all of the information about their style, childhood, even their greatest learning moments and created articles about their lives and art. We made many drafts and created about 8 official articles in each group, they were later all put together in a book called A Tiny Home is Where The HeART is.

In creating this book I learned a lot about writing. I learned how to explore and use my imagination in creating an article or a story. How to use detailed language so you can really feel the writing. I also learned how to work in a group because during the process everyone in the group had to create their own article about a separate topic while using the same information from the interview. Sometimes some people had the same lines or info. in their article which did not seem professional. We had to communicate and be constantly checking on each other so we would all do good. I think next time I could work more on communicating with everyone so I can master it.
It was challenging communicating with the artists because I would email my artist and sometimes they would not reply or wouldn't read it. So it was harder contacting them. Before adding articles in the book we had to revise the articles many and many of times and I struggled with that because I always thought it was good, so next time I would push myself to try harder to make something better with the wording. I learned how to use LucidPress (editing program) and the basics. Although it was hard at first because there was many buttons , I really wish I could learn more about it because I thought it was cool editing things and making them look appealing. When it came it exhibition I was very proud with myself and my team mates because we turned the impossible possible. This was the first year I considered myself as a writer and was confident about it. Overall this project was just amazing and taught me a lot of new things.

Character Hat for Romeo and Juliet

Since we were learning about Shakespeare and we were going to start the book Romeo and Juliet, we started by learning about the characters. We designed and created hats that embodied the character we were assigned to and wear them while reading the book. During this process we learned to use symbolism in our designs.